"1st drama script by JS Pictures Contest many who appreciate having had to apply for the second pass tell you the following list of works.

A total of 175 films 7 Works have been selected through a secondary screening.

3월 31일(월) Pm 2City There will be a final selection is announced. 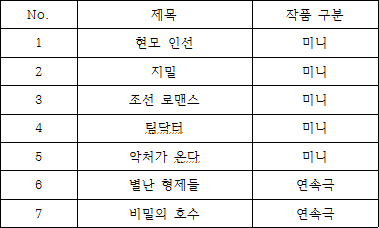